For generations of mill workers, a sharp blast of the whistle marked the beginning and end to their working day, and every ‘smoko’ and lunch in between.

The sound carried far and both townsfolk and distant farmers set their clocks to its regular call. 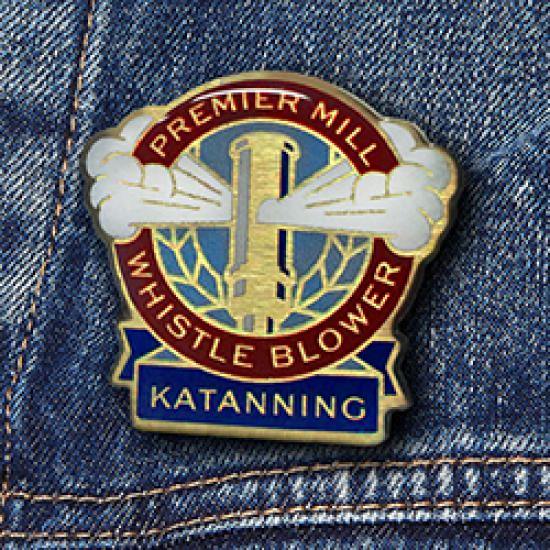 “The whistle guided our lives. I went to a little Convent School up here, and when the whistle went at 12 O’clock we just jumped up and went outside. We never waited for the Nuns or the Bell” Ainslie Evans

The whistle often alerted the town to times of crisis or celebration; lost children, nearby fires and the end of two world wars were all signalled by the familiar sound.

It became entwined with Katanning’s own identity and there was outrage in 1960 when, in the name of modernity, it was replaced with an electric siren. A successful campaign saw the whistle's return and it continued to lead the town until the Mill finally closed its doors in 1981.

“We never had watches as kids, we just had to come home on the five o’clock whistle” Alan Thomas

With a little help from the Collie Heritage and Men’s Shed Group we’ve restored an original steam whistle. Since early 2019 a twice-daily sounding at 12 noon and 6pm once again helps set the rhythm and routine of daily life in Katanning.

For your chance to be a Whistle-Blower, just be in the café at 12noon or 6pm and we just might pick you to sound the whistle that day.

"I had read an article on it some time prior and was really struck by the unique transformation taking place. When it was completed and I saw photos of the Hotel I was incredibly impressed by how the ...

A Chance Meeting at the Fireplace

A Chance Meeting at the Fireplace

During our ambient sit down and after-dinner-wine in the reception area we conversed with a fellow tourist and his wife in front of the fire. It was obvious from the conversation that the male in part...

Power To The People: How a Flour Mill Powered a Town

Power To The People: How a Flour Mill Powered a Town

For Piesse, cracking the code of electric power distribution and supply from the Premier Mill was without doubt a catalyst for his spawning multiple new industries in the district. If electric power w...