Piesse, founder of the Premier Mill, was the quintessential self-made man. Born in 1853, he finished high school in Northam in 1870. His father’s role as Sub-Inspector of Police brought only a modest salary and Frederick, as the eldest of eight children, was now expected to contribute. If there was any thought of university study, the thought was put aside. He went to work in George Throssell’s store, to answer the family call and to grasp the rudiments of commerce. 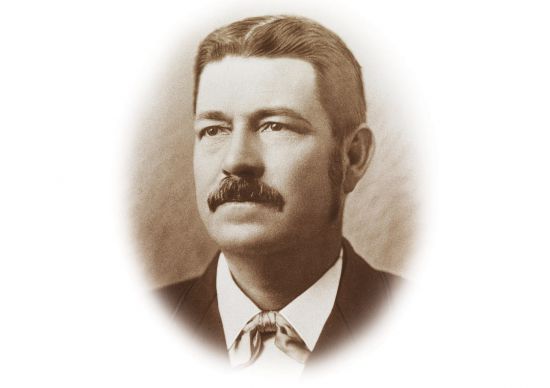 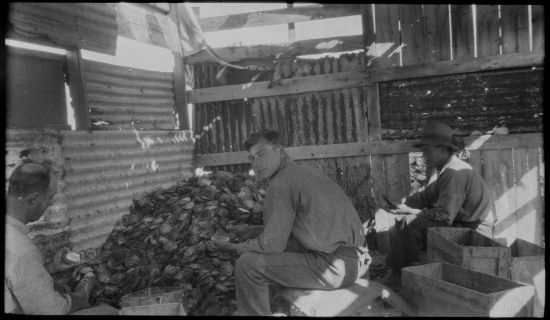 In 1872, Frederick and his sixteen-year-old brother Charles left Northam for Shark Bay. Word was that valuable pearls and pearlshell could be fished all year round for the price of a small boat and some basic equipment. After completing the 900-kilometre journey, partly on foot, the brothers joined other young adventurers at the pearling settlement of Wilyah Miah, which by all accounts was characterised by cheerful optimism and a most appalling stench. Although money was quickly made, it was also quickly spent on overpriced necessities. And when the colonial government slapped heavy taxes on even the smallest boats, the enterprise no longer made sense. In 1874, Frederick and Charles headed home.

Although the pearling venture was ultimately unsuccessful, a powerful partnership was forged. By 1875 Frederick was earning a good salary as postmaster and telegraph operator at Williams, but left the security of government service to team up with Charles again. The brothers opened a general store that also traded in sandalwood and kangaroo skins. Within months their business was highly profitable. They sold anything and everything, from homewares and clothes to farm equipment and insurance. They leased space within their stores to banks and other agencies, and turned their hands to the manufacture of soft drinks—or “aerated waters” as they were then known. 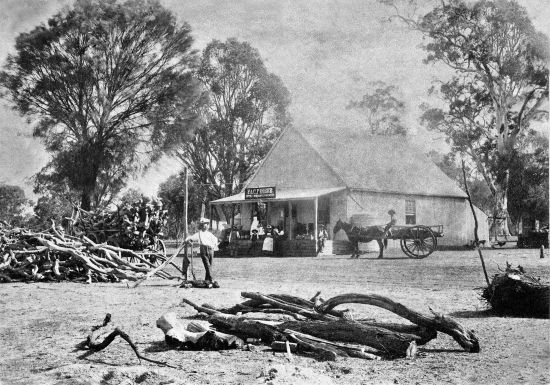 This young country will have approached much nearer to the commercial status which its natural advantages provides for when there are a few dozen more such captains of industry within her borders as the Piesse Brothers. 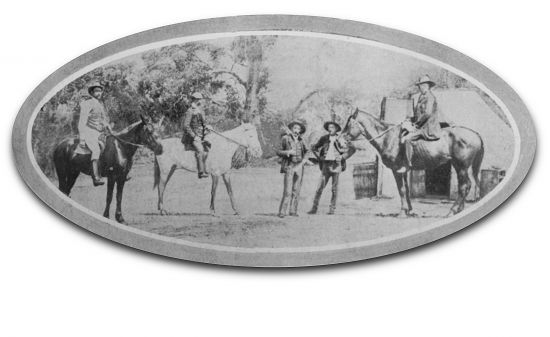 By 1885, plans for the Great Southern Railway were well advanced. For F. & C. Piesse, the railway both posed a challenge and presented a great opportunity. The brothers understood that to survive and prosper they must, literally and metaphorically, follow the railway wherever it led. Their decision to create a travelling store, moving with the advancing railhead and trading under canvas, was one of the best commercial decisions they ever made. And when the railway was completed, Frederick moved from Williams to live and trade near its central station. Henceforth, Katanning would be his home.

Image: The Founding of Katanning

The Decision to Build the Mill

It was in July 1890 that Frederick and Charles decided to build a roller flour mill in Katanning. Charles had travelled to Northam to see the new "Eclipse" mill in operation. He returned convinced. “We must have a mill here,” he said. Two weeks later, Frederick took the same excursion and reached the same conclusion. No further diligence was entered into, and planning began in earnest. The brothers engaged architect J. J. Talbot Hobbs to design the building, and chose Victorian equipment supplier, O. C. Shumacher - the same firm that had installed the machinery at Northam. The three-storey building was completed in a remarkable fifteen weeks, using local red bricks carried hot from the brickworks adjacent. 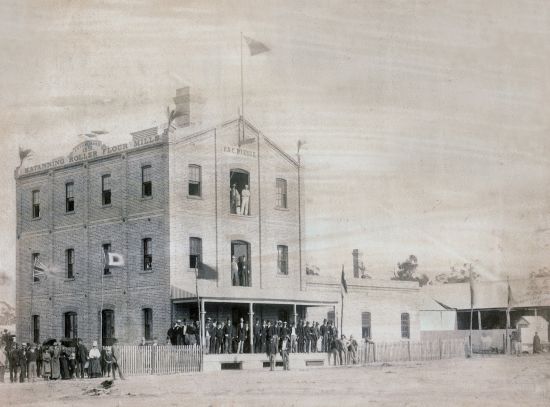 Frederick Piesse had the happy knack of choosing enterprises that delivered both personal and community dividends. Indeed, few entrepreneurs have managed to combine great personal wealth and great community respect. On the mill's opening day, he gained permission to excavate a substantial water-supply reservoir. Although the reservoir benefited everyone in the young town, it was sized and placed to support the establishment of commercial orchards and vineyards.

It may be said that the fine town of Katanning has been built around and based upon their chief centre of operations, where they have established one of the finest flour mills in existence in Western Australia.

Frederick Piesse, a supporter of temperance, never set out to become a winemaker. His plan was to supply fruit and table grapes to centres along the railway. The focus on wine grapes came later, when rumours circulated that the colonial government would contribute to the construction of a centralised winery in any district having at least sixty acres of wine grapes under cultivation. Frederick the parliamentarian was well placed to judge the authenticity of the rumours, and increased the size of his vineyard to meet the acreage requirements. Katanning's climate and soil proved ideal, but the anticipated government support never materialised. With almost no market for his wine grapes, he commenced winemaking on his own account. In 1898, the first makeshift cellars were established in the basement of the mill. 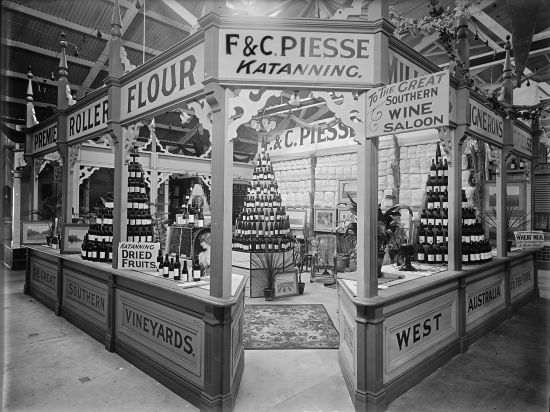 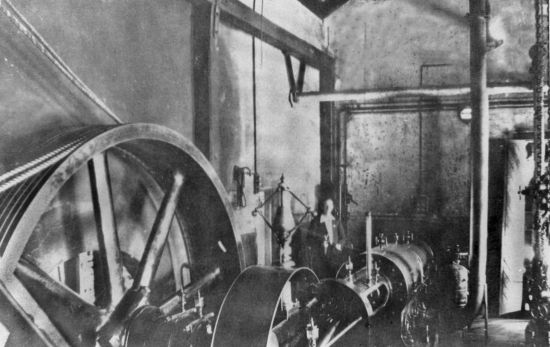 Let there be light!

A month after its opening, the Premier Mill became one of the first establishments in Western Australia to be lit by electricity. Ten years later, it became the sole commercial supplier of electricity to the town. Frederick had not set out to become an electricity supplier, any more than he had set out to become a winemaker. Rather, he entered the electricity business when it became clear that he could only supply his own house "Kobeelya" with electricity if he delivered the same benefit to all. And just as the mill had housed the first oak wine casks, it also housed the first electric generators.

Frederick and Charles, despite their diverse business activity, always remained active in their communities. Frederick, when not trading in sandalwood or manufacturing lemonade or grinding wheat or making wine, was a part-time teacher, a member of the Williams and Katanning roads boards, and a tireless campaigner on local matters. In 1890, he emerged as a logical choice to represent the district in the first colonial parliament. In the elections that followed, John Forrest became the first Premier of Western Australia and Frederick Piesse became the first Member of the Legislative Assembly for Williams, serving a total of 125 constituents. Incidentally, the new parliamentarians received no salary. Free rail travel was almost the only financial compensation. 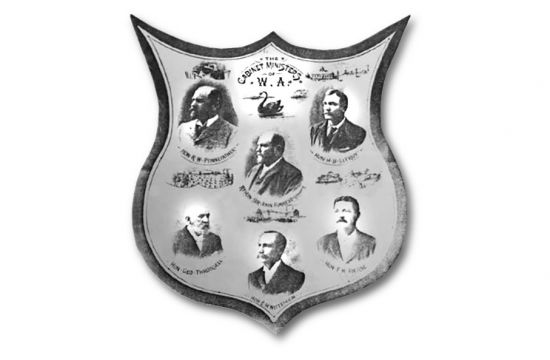 Mr. Piesse, however, is a man of energy and determination, and he has been a successful administrator. Whether in the Legislative halls or out of them he enjoys great popularity and respect. 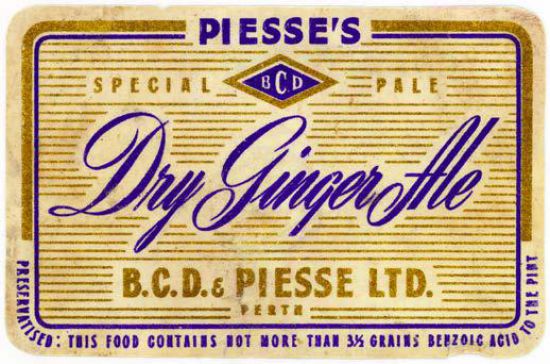 For a few years Frederick divided his time between his business interests and his parliamentary duties, but after being appointed as Minister for Public Works and Commissioner for Railways, other members of the Piesse family - brothers and sons, primarily - were called upon to manage the family businesses. Frederick Piesse Jr came home to manage the mill. Frederick's brother Arnold took responsibility for the winery, while brother George steered the aerated waters business. Frederick's sons Cecil and Arnold also received their commercial training in the aerated waters factory. It is said that Cecil was responsible for developing the company's best-known product: "Piesse's Dry Ginger Ale".

The Repurposing of the Mill

There are those that believe a mill should remain true to it's heritage and remain a mill, or at least be preserved as a museum. But this unique heritage building has a history of diverse commercial use ranging from flour production, electricity generation to a dedicated winery cellar beneath the beautiful native jarrah flooring. Who can argue that a wine bar in the now basement isn't testament to the heritage
of this site whilst guests from many walks of life tread the original flooring above.

Image: The Mill with it's surrounding shops in the mid 1950's. 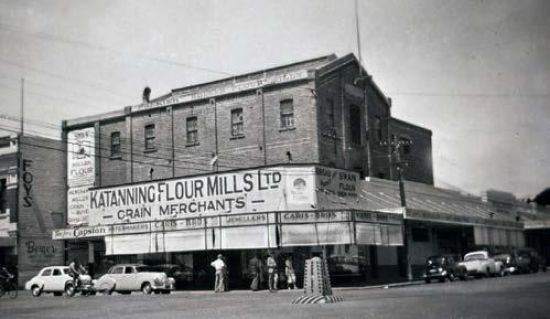 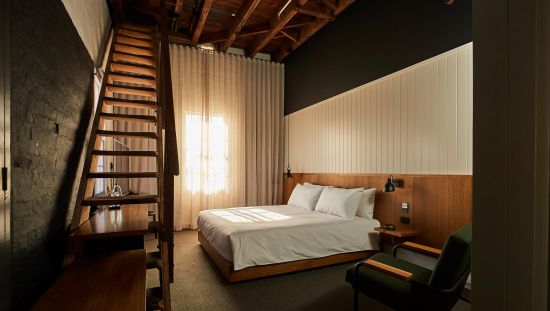 A Flexible Spirit of Enterprise

It is never easy to decide how the past should be communicated to the present. Within the new venue - in corridors, open spaces, and bespoke rooms - the mill's chequered history is preserved to be seen and touched. But this place was never characterised by rigid adherence. The mill's new owners believe that a flexible spirit of enterprise should also be projected. Indeed, if the ghost of Frederick Henry Piesse ever visits the Premier Mill Hotel, it will be to check that the business is maintaining high standards and serving its community well.

[He was] a great man, he was a most reliable business man of experience in my Cabinet, and he had no equal in Parliament from a moral point of view. West Australia really did not know this value on account of his retiring nature and he was one of my best friends and soundest advisers.

John Forrest, speaking to Frederick's son Harold following the death of his father.