A Track Back In Time

On the short drive west from Katanning to Kojonup, you’ll traverse the very beginning of the rolling hills that cross Western Australia’s south-west corner. It’s a small change in geography, but a half-century step back in time.

The Noongar people travelled this land for many thousands of years, linking water sources by dreaming tracks that were memorised in song; creating a living encyclopedia and map of their world. The first European surveyors, looking for an overland route between Perth and Albany on horseback, followed the water too; and the spring at Kojonup, fed by a mostly subterranean granite dome, was an important watering stop on the track that became the Albany Highway. This staging post that grew into a military barracks near the spring was built more than fifty years before the establishment of Katanning, and remains on that site as one of Western Australia’s oldest buildings.

As you close on Kojonup, you’ll notice the blue-grey granite outcrops dotting the paddocks, and if you are getting away early, you can see their almost ghostly glow against the gold and green of the farmland. The abundance and quality of the granite made this place known for what the local Kaneang tribe called the ‘kodja’ or stone axe.

The award-winning Kodja Place is an interactive visitor centre, right at the bottom of the hill, where the creek runs through Apex Park. After an hour here, you’ll have a new appreciation of the deep heritage of the Noongar people, and also the strength of will and self-reliance of the early pastoral families that opened up the land around this track that connected the water holes. The new pasture, cut and burned by hand from the bush, left its mark on the fleece. The region became famous for its high quality ‘blue’ merino wool.

One of these pastoralists is an Aussie hero who demonstrated that same self-reliance and determination on the Kokoda Trail in World War II. Arnold Potts commanded an Australian force outnumbered five-to-one by a Japanese army that’d been invincible so far in the war. He staged a fighting retreat that stretched the Japanese supply lines, leading to their defeat. The tactics were ahead of their time. It took until years after the war for Brigadier Potts’ heroism to be recognised. You can see his statue looking out to the road at Apex Park.

Myrtle Benn was also ahead of her time. A teacher in Kojonup in the late 1940s, she saw how much of the natural bush was being lost, so took it upon herself to petition the shire to create a nature reserve. Her pupils joined in to build and caretake the series of nature trails that became an open-air classroom that you can still walk, just north of town.

You can see plants like budjan (parrot bush); botting (scarlet bracket) – a bright red fungus that only appears after the rain and in the spring; and wildflowers that are rare to sight anywhere else. Myrtle also recognised the importance of Noongar heritage and was one of the first documenters of Noongar names for plants and animals.

Take the Albany Highway north, make the turn back east along Cherry Tree Pool Road, before heading north on Mission Road to Carrolup. Your journey into understanding the region can’t be complete without knowing the story of this place, which reflects the bigger story of indigenous people in Australia; one of tragedy and deep sadness, but also of pride and hope. Set up by the office of the ‘Protector of Aborigines’ in the early 1900s, it was one of several institutions that housed most of the Noongar population of the South-West at one time.

It was also the home of many who became known as the stolen generation. The settlement, called Marribank in the years before it closed, also gave birth to the unique Carrolup style of landscape painting. The Carrolup kids so amazed art experts at the time that they performed a live demonstration in Perth to convince the sceptics that they hadn’t received help. This abandoned settlement, with its decaying buildings and football oval, is a moving testament to Australia’s secret history, which is now being acknowledged as we move forward in reconciliation. 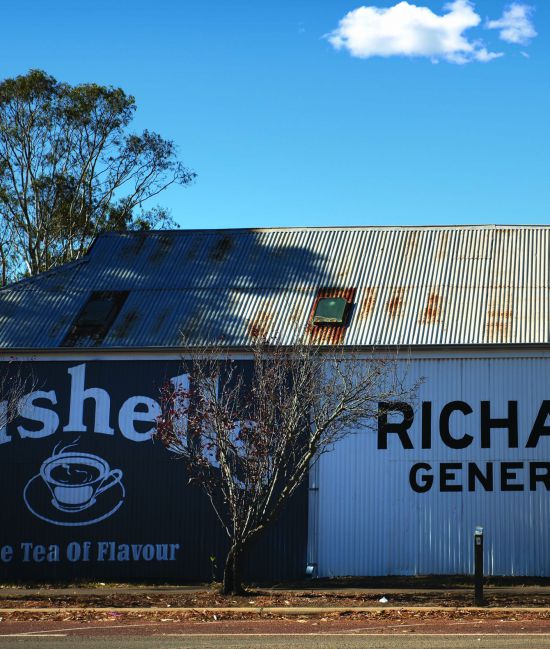 We now wind our way north-east, to the road that follows the railway line, the South Western Highway, and to Woodanilling (‘place of minnows’). Like Wagin (‘Wait-jin’ - emus footprint) 30 kilometres north, Woodanilling has plenty to show about the times when these were booming railway settlements. Woodanilling once had hospitals, five general stores, a railway station, saddleries and banks. Its beautifully restored hotel and Baptist church both open a small window back into the boom times. Walk around here or Wagin and you will feel the presence of history. Because these towns are now quiet, their bustling nature of 100 years ago creates an echo from the past that can be harder to hear in the larger towns.

Wagin also has a historical village to explore, but if you want to go further back than the time of the railway, as we head east from Wagin towards Dumbleyung, you can take a short diversion to Puntapin Rock. This granite dome, rising from the flat plain, is a natural water catcher that was used by the Noongar people as well as the early sandalwood cutters and kangaroo hunters, and then as the town of Wagin’s water supply for some time. The rock is the intersection of a number of dreaming tracks so is an important ceremonial place for the Noongar people. You can see on Puntapin, abundant examples of the gnamaas – artificially enlarged and maintained hollows in the rock that served as water storage.

We head east to Dumbleyung now, across the plains of the southern Wheatbelt towards the Mallee country and what was once the largest permanent freshwater lake in Western Australia – Lake Dumbleyung. The lake wouldn’t be so well known if the conditions on Lake Bonney in South Australia in 1964 hadn’t proven unsuitable for Donald Campbell’s attempt to set a world water speed record to match the land speed record that he’d beaten on Lake Eyre earlier that year. Determined to break both records in the same year, Campbell and his famous Bluebird, on the last day of 1964, streaked across the surface of the lake at 444.71 kilometres per hour to set the record that he died trying to break again in 1967.

In the Grand Olde Dumbleyung Inn, you can stand on same steps where Campbell stood to announce his triumph to the world press. The town also has a replica of the Bluebird on display, just across the main street from the Bluebird Discovery Centre – a small interactive museum that explores the record attempt and the legacy of Donald Campbell in fascinating detail.

On the drive back to Katanning, take a short trip down Bullock Hills Road, and as the day is closing you could be rewarded with a spectacular sunset over the western end of the lake. In one day you’ve crossed timelines, songlines, seen ancient and modern history, and been in six different settlements in just over three hours of driving. 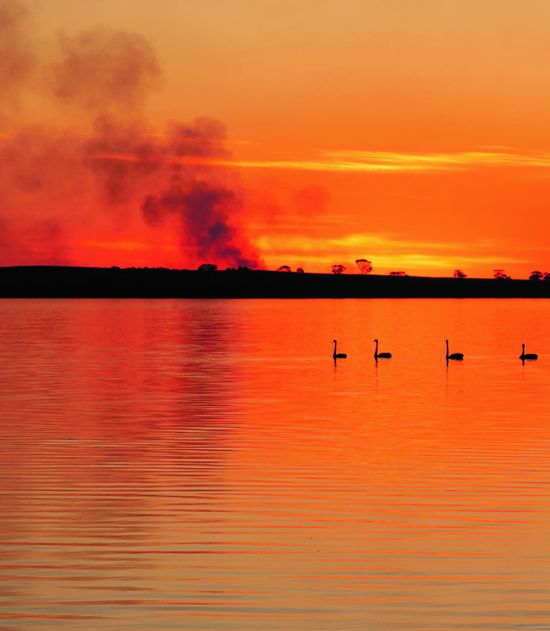