A cornerstone building in the centre of town, the Premier Roller Flour Mill has been at the core of Katanning’s heart and soul since its foundation in 1891. Incredibly its commercial success as a flour milling operation spanned only a couple of decades.

Most remarkable is its story of relentless adaptation through the decades. Provision by the Mill of commercial electric power and lighting to the wider township spawned a new era of industry in Katanning. Frederick Piesse, the Mill’s founder, was at the centre of this new era of industrialisation with substantial interests in aerated waters and cordial manufacturing as well as expansive interests in viticulture and fruit processing.

Not only manufacturing, the Mill was at the heart of a bustling local service economy. From 1930, the old verandah skirting the ground level of the Mill was redeveloped into a vibrant row of shops fronting both main streets. “Mill Corner” as it was fondly known to locals soon became home to the town’s favourite music emporium, butchery, dress shops, a barber and even a much loved tea room known as “The Wattle”.

As the 1980’s approached, Old Mill Corner had fallen into decline. Flour manufacturing had long ceased as had a failed foray into the oats business. Significant manufacturing interests supported by the Mill had moved to the city and the State Electricity Commission had decades previously assumed control of the Mill’s power generation business. As larger supermarkets and general stores came to town, the retailing on Mill corner also took a turn for the worse. Facing dereliction the future of the iconic Katanning Premier Roller Flour Mill suddenly looked rather bleak.

"The Premier Flour Mill has high historic and social significance. It was the first major industry to be established in the Great Southern. The Mill [is] scientifically significant in that it was the first supplier of the town's electricity, the mill itself being the first building to have an electric light installed. It also had the most up-to-date machinery of its time. The mill also has rarity value for its completeness, authenticity and condition."
- State Heritage Office, Western Australia.

Early Katanning. From left to right - Railway Station, Rail Storage Shed, Aerated Water Factory, Katanning Hotel, F&C Piesse’s Store, The Mill, The Power House, Piesse’s Blacksmiths, Piesse’s Hall. c.1897
The temporary covering shown in this image was the first of many alterations to the verandah. c.1902
A decade after opening, the Mill was largely unchanged; and cars were a long way from replacing the horse and cart. c.1903
Success allowed Piesse to upgrade his store and hotel from wood to brick. c.1905
Standing on the verandah is Piesse’s eldest son, Frederick T. R. Under his leadership, the Mill expanded in all directions, including over the railway siding in 1912.
Their cars and clothes were different but people relied on the Mill to provide life’s essentials well into the 1950s and beyond. 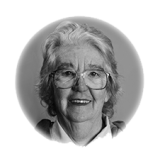 Katanning was developed around the mill. It was the centre of life that is now the dead heart. I hope we can bring it to life again.

Ainslie Evans quoted in 'The Australian' in 1981 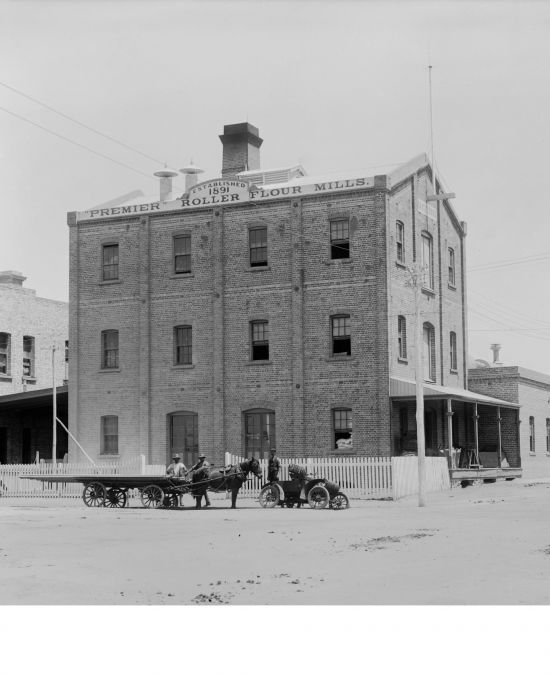 All for the Mill and a Mill for All

In spite of a rather bleak outlook, the local community would stand staunchly by their treasured Mill during the 80’s, 90’s and into the new millenium. Local community member, Mrs Ainslie Evans was perhaps the most steadfast in her activism for the building. At one point prior to the Mill’s closure she went as far as buying shares in the then publicly listed entity in order to gain a seat on the Board. Her view being that as a Director she would be better placed to ensure that the Mill’s fate would not be decided in a manner which would be contrary to the community’s wishes. Ainslie and others would preside over the Mill being purchased by the Shire of Katanning and then being used for community activities including an arts and crafts centre and a local Tourist Bureau.

However, by 2008 maintenance and safety issues meant these activities could not continue. The public purse would not stretch to support the building’s upkeep and the prospect of dereliction became real. Perhaps in part clever marketing and in part financial necessity, the Shire of Katanning invited interest from developers to purchase the building for just one dollar. In return they sought from applicants imagination and robust capital for a scheme which they felt could be a game-changer for their town. It was from this expression of interest that the idea for what is now the Premier Mill Hotel took shape.

New elements such as the steel framed lift cage and a dynamic, sculptural stair weave around the original boiler that was retained in-situ rising three stories through a central void forming a dramatic feature in the lobby. The lobby area is a split-level space, the lower part is arranged as a lounge orientated around the fireplace and connects down to the basement bar, the upper level is a ‘kitchen’ complete with an Aga stove and a communal table which serves as a dining area and event space.